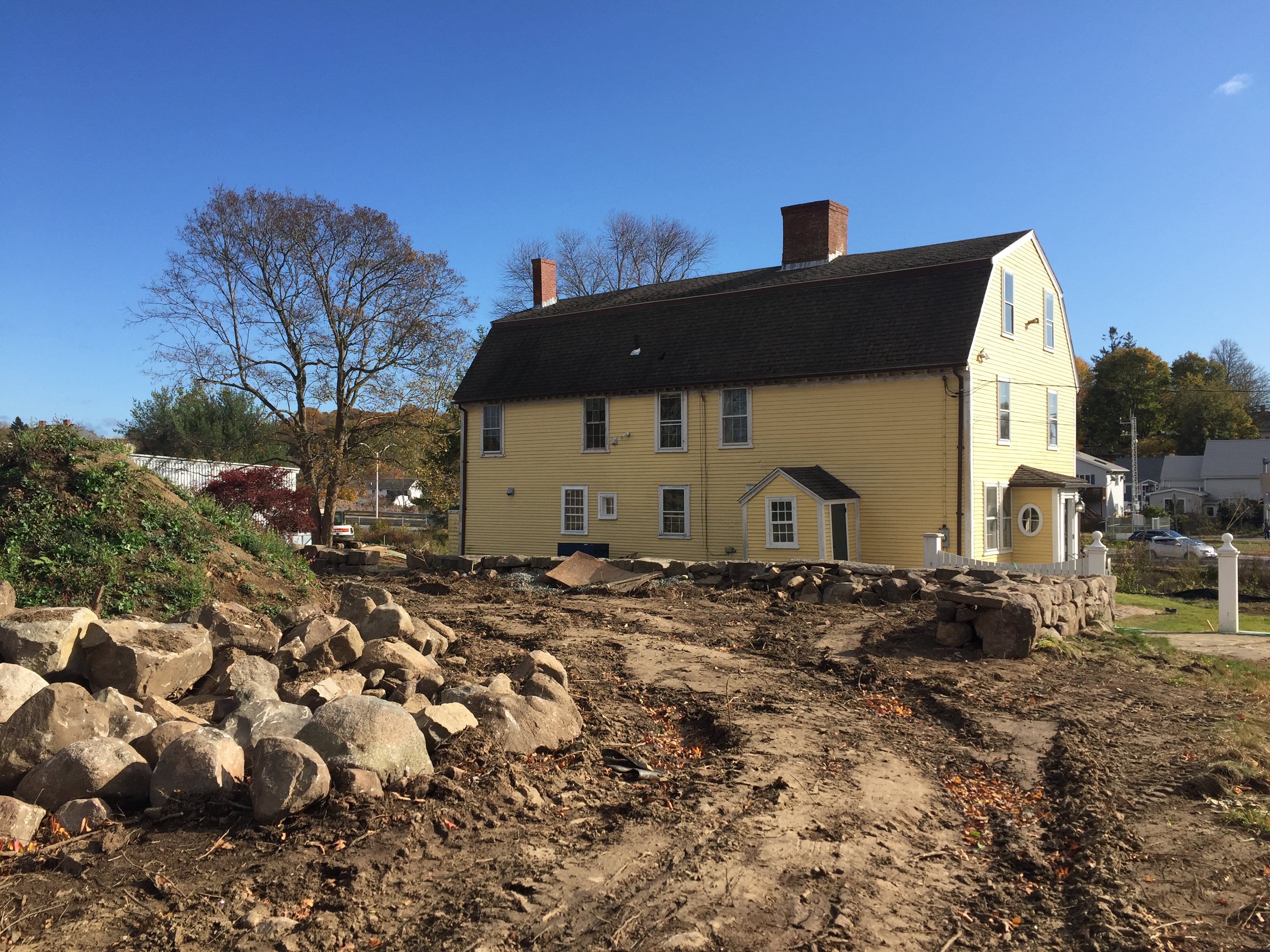 The Babson Historical Association (BHA) Board of Trustees is pleased to announce its financial support for the restoration of the Babson-Alling House in Gloucester, MA.Since its construction in 1740, the Babson-Alling House has been an iconic image that generations of residents and visitors see as they travel to and from Cape Ann. Members of the Babson and Alling families occupied the house from the late 1700’s until the mid-1980s.

With the purchase of the Babson-Alling House by the Cape Ann Museum (CAM) in February, 2019, the historic house will become a key part of a new CAM campus at the gateway to Cape Ann. The BHA trustees are delighted that the Babson-Alling House will not only be carefully restored to showcase the exceptional18th century interior architectural detail, but also that its historical relationship to life on Cape Ann over nearly three hundred years will be preserved for future generations. Founding officers of the BHA, established in 1950, included Elizabeth L. Allingand Roger W. Babson.