About the Babson Historical Assoc

The Babson Historical Association, Inc. (BHA) is an organization comprised of 275 members from across the US. Besides Massachusetts, groups of Babsons can be found in NY, Delaware, North Carolina, South Carolina, Florida, Arkansas, Ohio, Missouri, Indiana, Illinois, Minnesota, Colorado, California, Oregon, Washington, and many foreign countries. The BHA was established by Roger Ward Babson, (founder of Babson College in Wellesley MA), in 1950 with the purpose of maintaining the James Babson Museum, conserving artifacts associated with the barrel making industry that James Babson initiated on Cape Ann in 1658, supporting the legacy of James Babson descendants on Cape Ann and elsewhere, and providing an opportunity for Babsons across the country to reconnect on a regular basis in Rockport.

Funds set aside by Roger Ward Babson are used to support local historical societies with strong Babson connections, as well as the researching and publication of numerous Babson genealogies, most recently a 2 volume edition published in 2017. This most recent edition breaks from traditional genealogies in that there are now sketches of all Babson women beginning with the 11th generation. The BHA also supports a family reunion every 5 years at the James Babson Museum in Rockport, providing an opportunity for Babsons across the country to meet, share family stories and to enjoy a traditional New England clambake. James Babson descendants interested in becoming members of the BHA can contact info@babsonassoc.org. 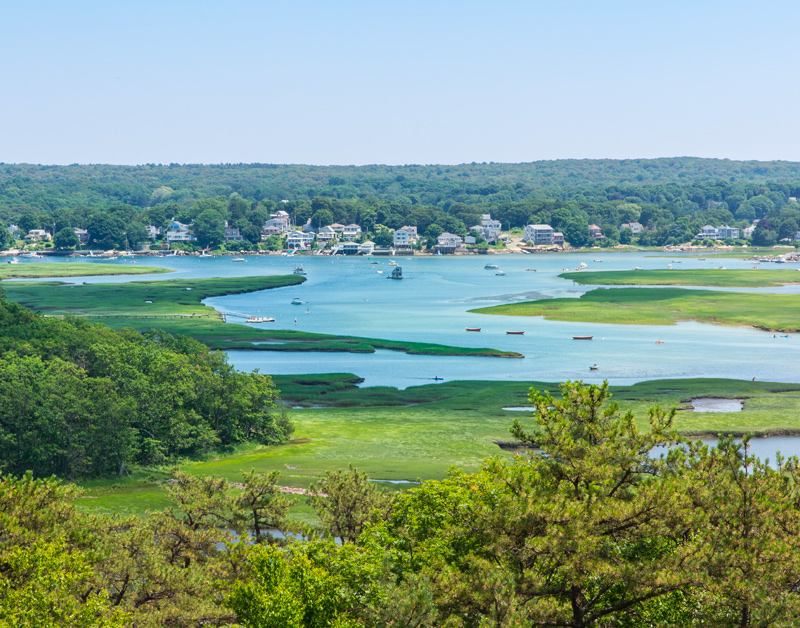 Amanda Babson has been a trustee since 2016 and currently is the clerk of the Association. She was curator of The James Babson Museum in 1992. She has her undergraduate degree from Carleton College and her PhD in Oceanography from the University of Washington. She works for the federal government as a scientist, lives in Narragansett, Rhode Island, and is an avid kayaker.

Andrew N.C. Babson studies youth development and educational policy and practice in global perspective. He is a Lecturer at the University of Pennsylvania, Adjunct Assistant Professor at Temple University, and graduate of St. Charles Preparatory School, Xavier University (AB), London School of Economics (MSc) and the University of Michigan (PhD). He was a Fredin Scholar at the University of Paris IV-Sorbonne, and consultant at the UNESCO-IIEP in Paris. He currently serves as an elected member of the Radnor Township (PA) Board of School Directors. He and his wife Emily are the parents of Grant and Isabel.

A native of Gloucester and known as “Jill”, she has been a Trustee for 20 years. A poet, Jill is the author of 2 collections of poetry:Strike Root published by Four Way Books Press, and Such is Grace:The Annisquam Years, published by the Annisquam Village Library. Before her recent move to Hanover, NH, Jill lived in the historic “Pink House” on Leonard Street in Annisquam.She was a member of the Lyceum Committee of the Sawyer Free Library in Gloucester, a Docent at the Cape Ann Museum, and an Associate at The Museum of Fine Arts, Boston.

David E. Babson was a Trustee and served for 35 years as President of the Association and Chairman of the Board of Trustees(1980-2015). He was a veteran of the Vietnam War. He received his law degree and master in taxation from Boston University. He practiced law in Gloucester and was active in a variety of community organizations. He leaves his three children and four grandchildren.

David L. Babson III became a trustee in 2018. He is a programmer who has spent his career as serial entrepreneur starting four software companies. He has an undergraduate degree from Brown University and master degree from Cornell. He was raised on a New Hampshire farm but has lived in Raleigh, North Carolina for nearly 30 years with his wife and two adult children.

Katherine L. Babson, Jr. has been a trustee for almost 50 years, recently retiring as Treasurer after four decades. She is a widow and lives in Wellesley, Massachusetts, where she has been very active in her community, both on non-profit boards and in local town government. She is a trustee emerita at Babson College where she earned her MBA and active at Vassar College, her alma mater. She is a retired trusts and estates attorney.

Marcia Babson Rogers, a member and trustee for more than 50 year, retired as the Secretary of the Association in 2017. She lives in Haverhill MA, is semi-retired from the family business and is involved in several community organizations.

Margaret C. Babson is the newest member of the Board of Trustees, and also the youngest current member.She is a graduate of Franklin & Marshall College (B.A. Sociology and Spanish) and Boston College (M.A. Higher Education Administration), and currently works at Boston University in their Student Activities Office. As an Assistant Director of Student Activities, her work focuses on advising students in event planning, managing general marketing, and supporting campus wide initiatives.

Mark R.Babson, a graduate of Babson College (’81), is a Gloucester native, transplanted to Philadelphia for 30 years where he has had a rewarding career as an experiential marketing professional. Recently returning to Massachusetts, Mark and his wife Sandi enjoy adventure traveling. He is an avid cyclist and an active member of The Mankind Project. One of his lifetime goals to is to visit all 50 state capitols with his daughters, Stephanie and Victoria.

Matthew M. Babson has been a Trustee for over 10 years and is currently the Treasurer. Matthew is an accountant and investment advisor living and working in Gloucester, Massachusetts. He is an avid cyclist and photographer.

Robert G. Babson has been an officer and trustee for over 30 years, and currently serves as President of the Association and Chairman of the Board of Trustees. He is retired and lives with his wife Christine in Medfield, Massachusetts. They have two daughters, Esther and Margaret. Robert’s professional career has been in the fields of sales and marketing with a variety of organizations. He also serves as a trustee of two Medfield historical societies and is a volunteer/staff member for New Life Furniture Bank of MA in Walpole, Massachusetts..

Katie is a graduate of the University of Washington, majoring in History and minoring in Geography.  She is an avid genealogist and is active in her local society and a member of many others.  She’s been married for 45 years, is a domestic engineer and enjoys local politics, gardening, needlework and reading.