Under gray skies and occasional rain, Babson College celebrated the official opening of the Centennial Park on campus named in honor of outgoing President Kerry Murphy Healey on May 17, 2019. With the refurbished and updated 25 ton World Globe in the background, the College also unveiled a life size statue of Roger W. Babson that welcomes everyone entering the new Centennial Park.

In attendance for the ceremony were a large number of direct descendants of Roger W. Babson, as well as Trustees from the Babson Historical Association (BHA). The BHA and many members of the extended Babson family provided the funding for the design and creation of the bronze statue. In addition to the picture below of BHA Trustees with the statue, please follow additional links to the many celebratory pictures and commentary from the day’s events. 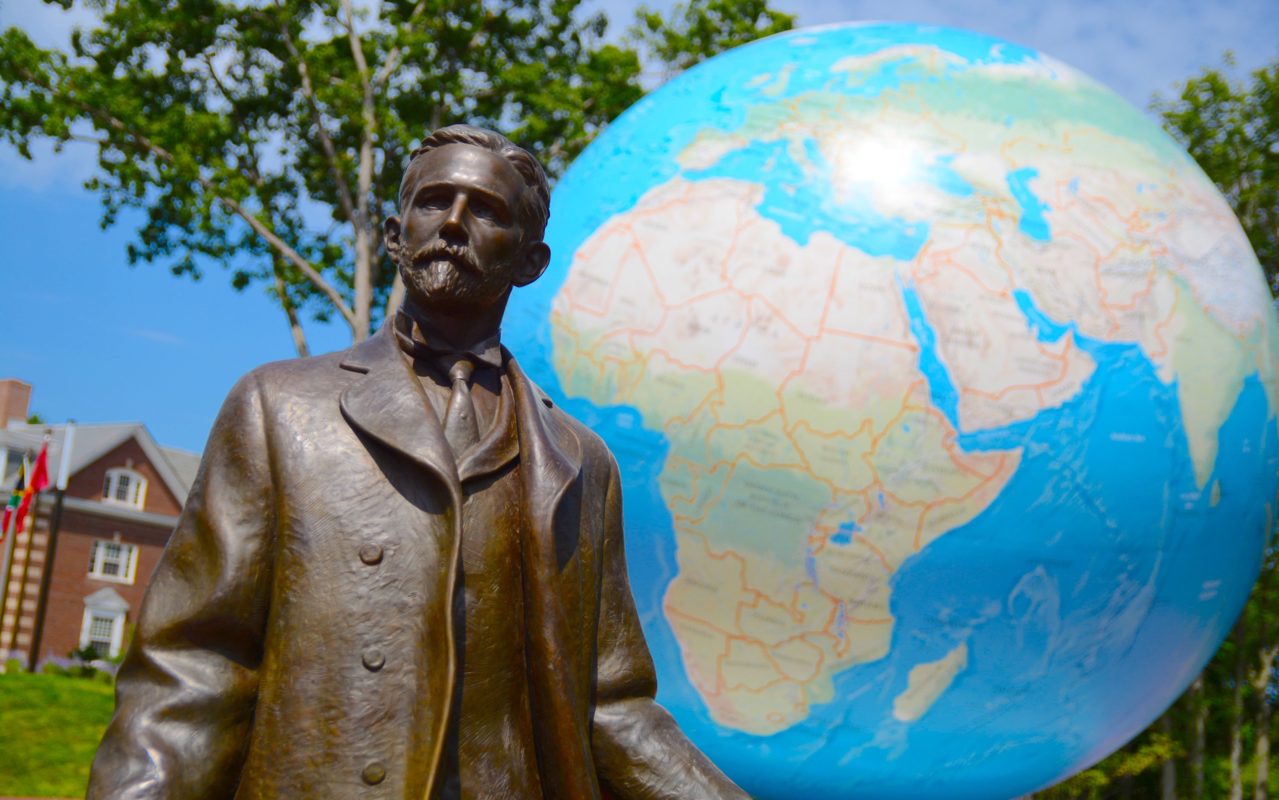